1. You’ve told me that you’ve been fascinated with storytelling and world creating since childhood. Can you share with us what this means to you, and why it is so important to you that you’ll pursue your own writing, drawing, designing and animation even after your workday is over?

- It's true. I've been very consistent in that sense. Since I was a kid I always felt more accomplished when people would compliment me not just on my technical ability but on my creativity. Creating fanart to me always felt a bit shallow because, at the end of the day, you are being complimented on how well you can replicate a pre-existing character, prop, environment, etc. There was a limit to how much you could take credit. For me, I got a lot more joy out of either drawing from real life, or through creating something I could own entirely. Even to this day, as much as I've worked on many IP's it's absolutely essential that I create my own at the end of the day. I have a lot to say, and after so many years of listening and watching, I think I know enough about how to get my voice out there and create content that is both unique and bold. 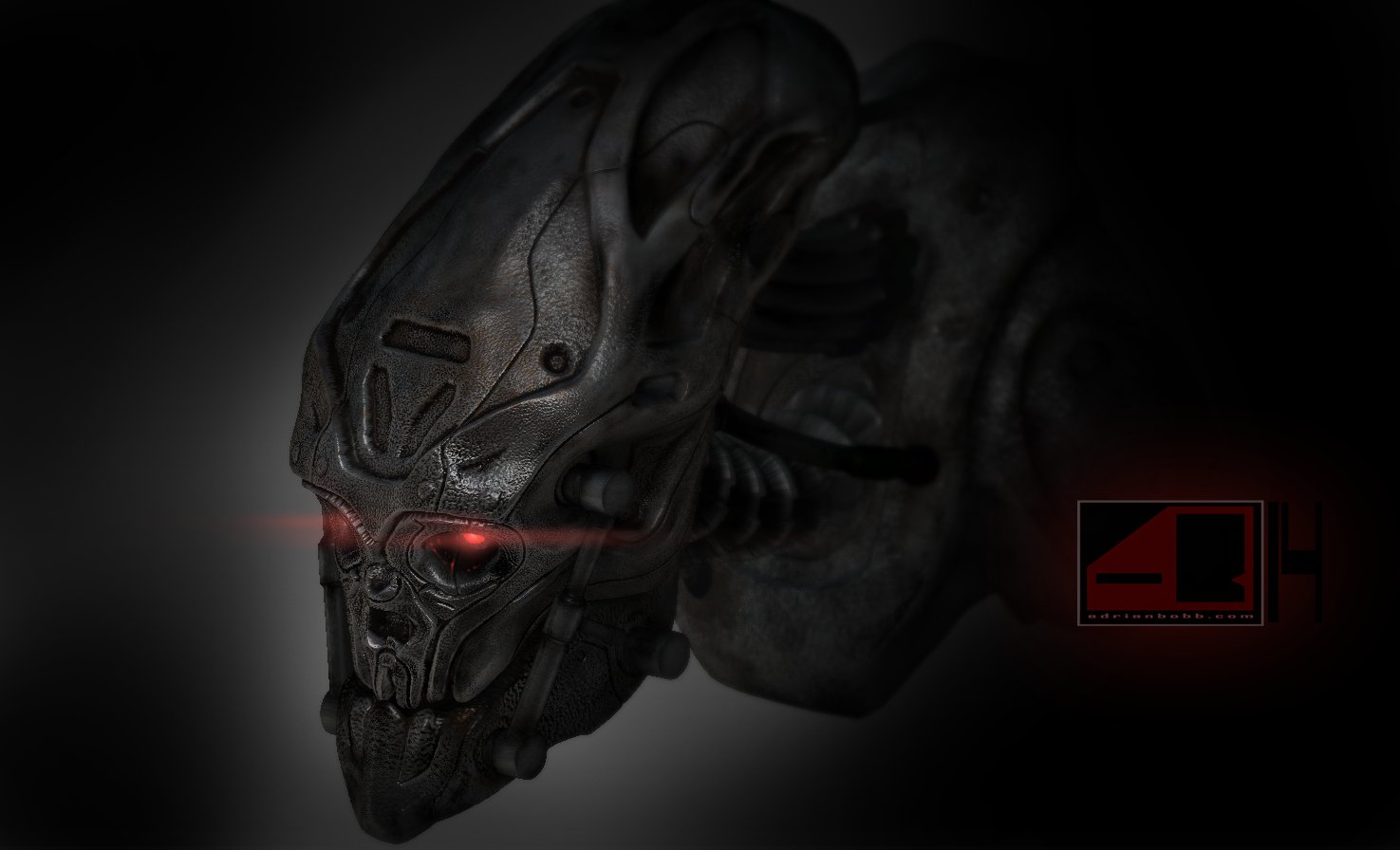 - I've been drawing since I physically could. After high school in Regina SK, I was given an entry scholarship to pursue a degree in Fine Arts at the UofR in 2004. At first, I studied sculpture which at the time I had grown fond of, specifically clay sculpture which enabled me to create creature designs in 3D space. But over time I found that the limitations of clay (gravity, a very tenuous preparation process, and difficulty in transportation) and 3D sculpture, in general, began to bring me back to illustration and drawing in pen/pencil. In my senior years of University, I began to focus on developing my digital skillset outside of school and began to learn photoshop and digital illustration.

During my graduation year( 2008) I also got my first job in concept art and story-boarding for the History channel's “The Re-Inventors”. A year later, I decided to move to Montreal, QC to develop my digital talents where I worked as a concept artist for videogame companies such as Digital Dimension and Ubisoft. In this time I wrote and directed a short film, “The Carrier (2010)” wrote and produced a feature film “Redshift (2013)” and also started venturing into 3D via Zbrush.

Zbrush was a godsend for me. Even though the interface took some getting used to. After a few weeks of online tutorials, that old muscle memory from my clay-sculpting days came rushing back and so did my interest in sculpting...and in 3D modeling as a whole. This progressed me to a point where I realized that the boundaries of what I was seeing in the VFX industry and the film industry in general, weren't as impenetrable as I had originally thought. 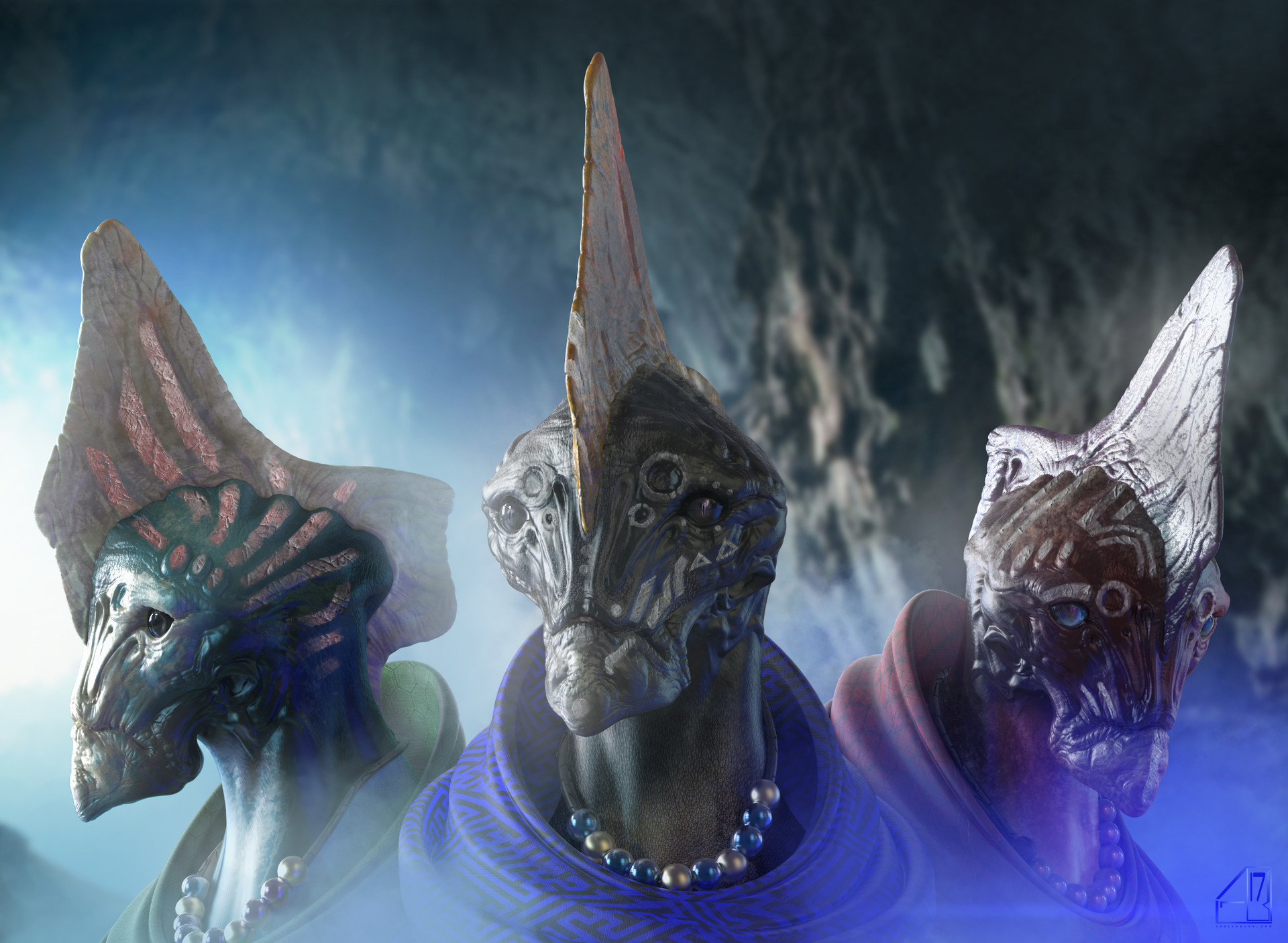 - An artist is such a small word for such a huge range of meaning. I also think it best represents me to the core. During my day job, I build 3D objects for movies, TV shows, and videogames, but as soon as the day is over, I go home and immediately do the same thing for my own written stories.

I think it's very important for me to have a divide between work and self-work however. What's nice about that is that when I build for clients, I have to use a different kind of imagination than I do when I work at home. It's like working out two complimentary muscle groups. One that makes you keen on delivering assets that are up to the client's expectations, and another that makes you keen on what it is that makes your interests and differences unique in a media-saturated environment. 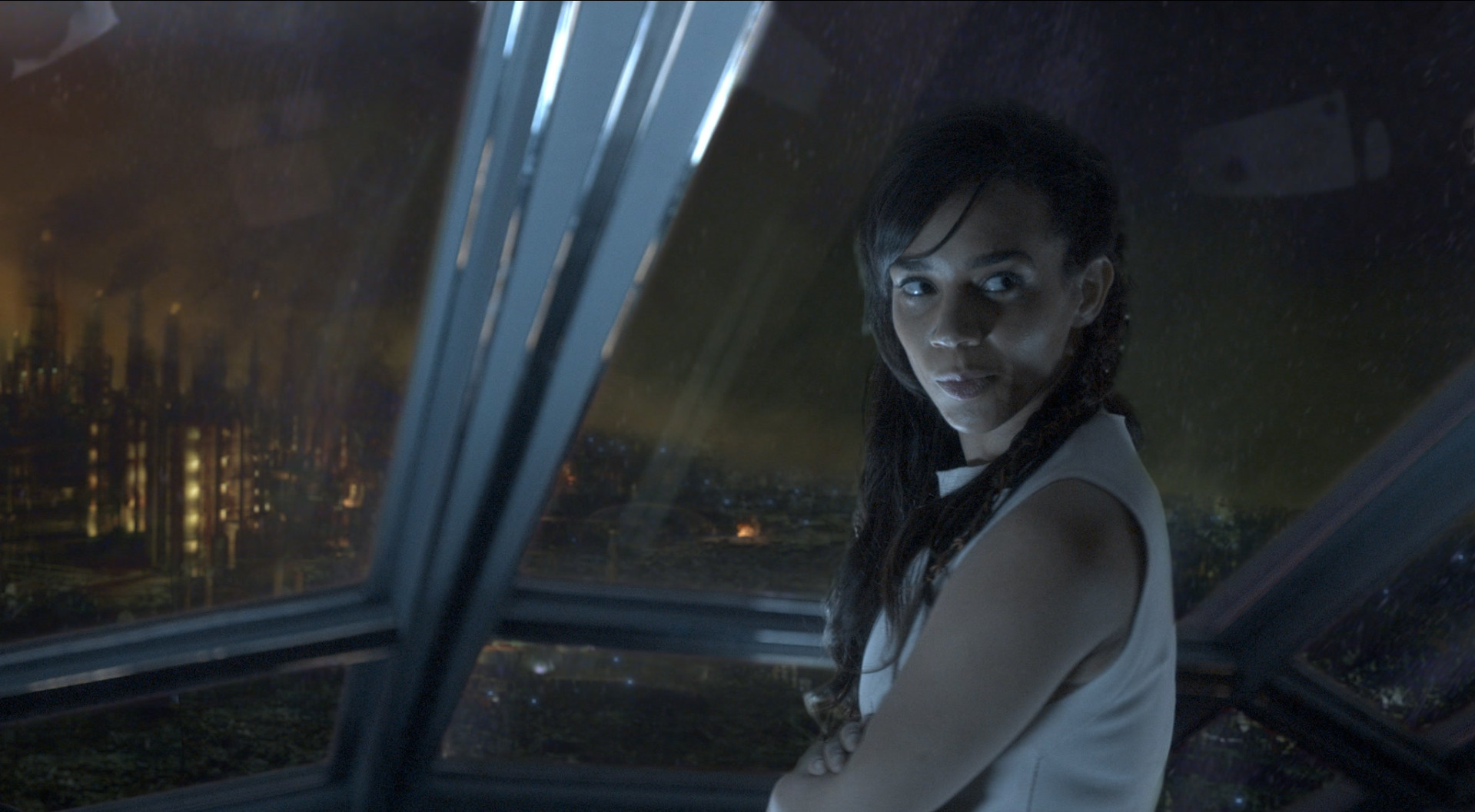 Always personal. I love working on other projects as well, but I'm always eager to update and advance narrative genres and mediums, and as a working artist I can't do that. As an independent filmmaker/writer/designer, however, I can.

Up until recently, there's never really been a word for what I liked to do. When I create characters, environments, creatures, etc. They are accompanied by VOLUMES of backstory and information. I think of their evolutionary history. Their personal past and future. Their journey.

This is exhausting for most people but for me it's fuel. And I know I'm good at it because when I show people, there's a disbelief in their eye that I don't think I understood until recently. Not many people do or want to do what I do. I think authors work/think similarly, but where I have the advantage is in my technical visual skills. I can not only talk/write about a world I created, but I can also build it and show it to you. 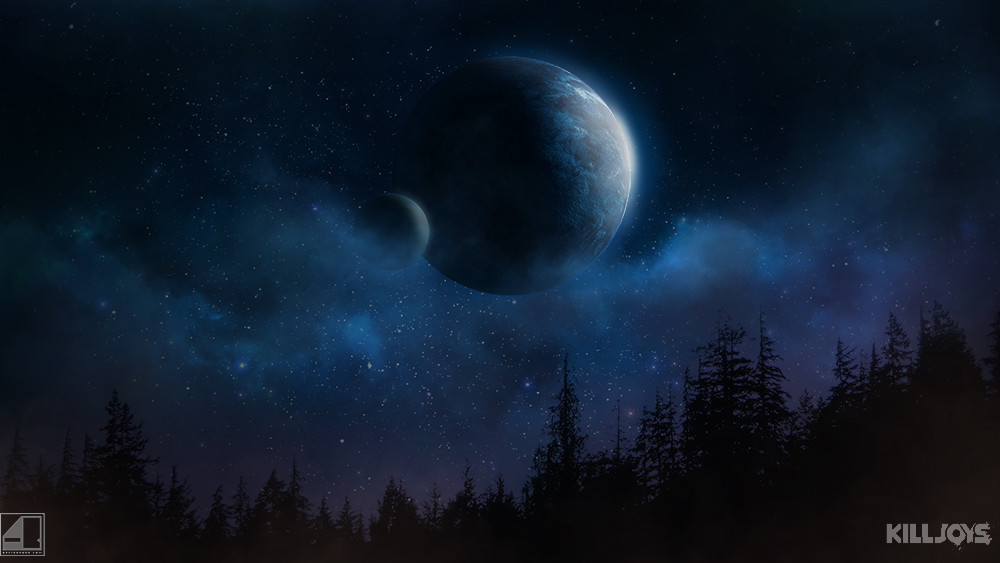 - I'm not very good at selling myself. Especially not online. When it comes down to my online presence, I find I'd rather my artwork speak for me. If I find a way to get a meeting to talk with someone face to face (or at parties), I do quite well! But as far as online personalities go, I'm too comfortable taking a step back and letting my work do all the heavy lifting. I think this year with my short film “EXT” currently in the festival run, I've been able to find more opportunities of meeting people face to face, which may help make connections I can't make online. But this has been a struggle. I'm not terribly fond of filming or photographing myself...which seems like a strange thing for a millennial technophile to say...But I'd like to improve.

- Because I'm still struggling with this problem it feels a bit weird to offer any kind of advice except that I do think it's important even if you don't like it. It's not difficult to see that the reason visual artists are visual artists, to begin with, is because of the comfort gained in letting your work speak for you. But nowadays there are more online avenues to make self-advertising more comfortable and tailored to your specific style so you don't have to feel like you have to change who you are.

- At the moment, my most recent short film EXT is in the festival circuit (made its debut at Cannes Film Festival last month, and will be making its North American debut on July 24th) and I often make posts throughout social media as to where it will be playing next. But as for who they are for? EXT specifically was an attempt to make a film that I as a child would love. Visually rich, cleverly constructed action sequences, and a gateway drug for denser, more philosophical material. The kind of film that made me want to make films to begin with (Terminator 2, and the Matrix being the top 2). Science-Fiction is a genre for the curious and the imaginative...and that's who I make movies for. 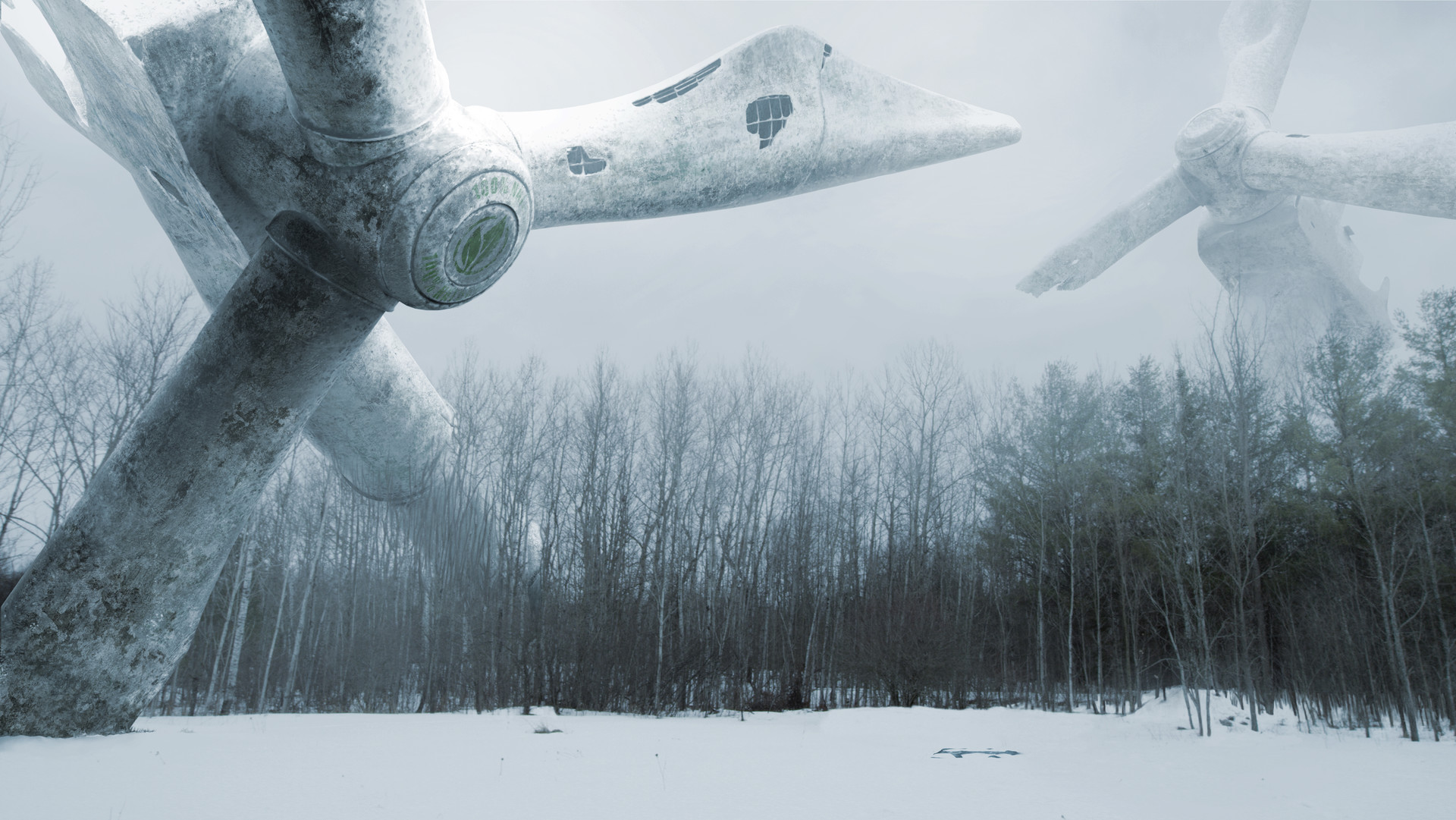 EXT is a short proof of concept sci-fi film that began when I moved to Toronto from Montreal 3 years ago. 5 years ago I came up with the concept. A Seven Samurai-like film where robots are the samurai in a post-human world. I first wrote a 120-page script for a feature film while creating volumes of concept art and 3D models for the characters and environments. I then started advertising the artwork on LinkedIn and I found a few producers who loved the vision and were willing to invest in it. One such producer, John “Zeus” Kontoyannis has been working with me for 4 years!

My fiance Suzy provided me with a lot of energy and enthusiasm to push forward. Especially after long workdays, technical issues, arduous render times, and extended deadlines. It's very difficult working on something you know won't be finished for a year (or in my case 2-3), especially when you know you aren't making any money while making it. All the more reason to make sure the project you start is one that interests you to your core thematically and artistically. Everyone forgets that great things take a lot of time, patience, and a lot of failure.

Astonishingly enough, even though I love science-fiction, most of my interests are in science-fact. I love science documentaries, articles, and online science courses more than anything. The reason is that the discoveries being made right now about the world and the universe it's a part of, are so insanely dense and fascinating, it puts anything we have, can, and could imagine to shame.

If I have a mission in my work, it's for my work to act as a gateway into science and philosophy in the same way my favorite science-fiction films acted as a gateway into a better understanding of the real world for me. Not through lecture, but through image, story, and a mastery of the craft of film-making.

There's a story that has been sitting in the back of my head that's evolved drastically from the time I made it up in grade 5, that was at its bare bones, a space opera set in the distant future. For decades, my imagination jumps back to this story, and adds, subtracts, edits, and designs. In a lot of ways it's my life story...not about my life in a biographical sense, but a story that has served me as a kind of reflection of my understanding of identity in the face of the immensity of the Universe. A story that prioritizes facts about space without sacrificing a sense of awe that I feel been lost in movies today.

Today I find that space is too often used as an expensive backdrop rather than the imagination-challenging environment it actually is...and someday I'd like to take on the challenge of updating the genre to include all of the incredible things astronomers have discovered in the past few decades while at the same time building a world that contextualizes our inner struggles in the face of the grand and the ancient.

Very interesting, you are a wonderful artist.  N

Read more
Read less
Like
Reply over 3 years ago